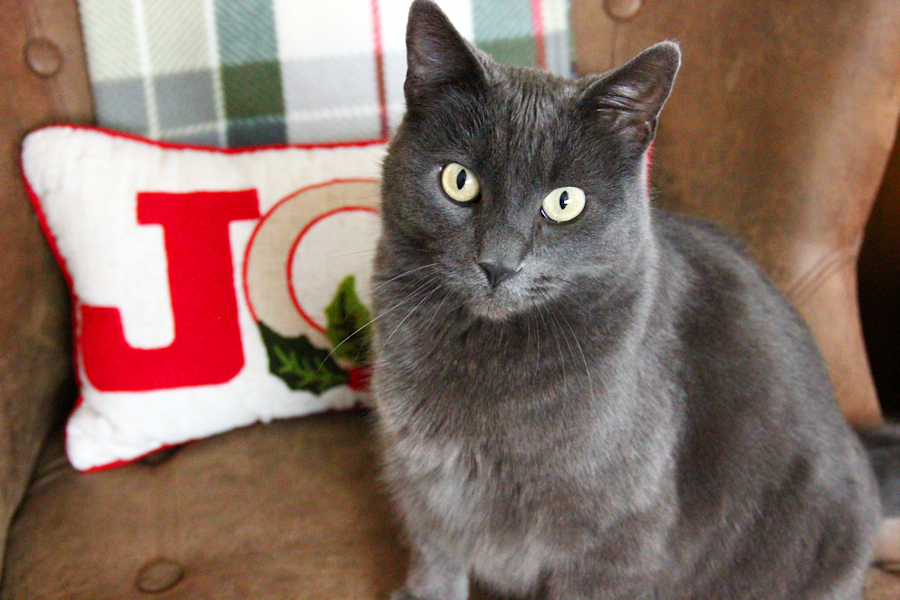 A couple years ago this extremely fat cat wandered in through our open back door. At first we thought he was a pregnant female, so we let him stay inside where it was warm while we searched for his home. No one claimed him and he’s stayed with us since.Quick notes: He is litterbox trained. He’s never had any accidents. He is not destructive in any way – he doesn’t claw furniture, he’s never bothered our Christmas trees, he doesn’t eat plants, and he’s rarely been on the counter (the only reason he has ever been on inappropriate places was to access windows.)Cornwall likes to be outside a lot, but he always comes in at night. He’s accustomed to having free access to the outdoors, but he doesn’t seem overly bothered by staying in either, so if you’re looking for an inside cat only, he can still work. He may try to run out when you open the door though, so keep that in mind.Unfortunately, he does not always get along well with other cats. Because we have a few strays that roam our property, there have been fights. He doesn’t love dogs but will tolerate them if they’re calm. If he is startled by something and they’re nearby, he will swat at them.He is quite a loving guy. He adores affection and likes to put his forehead to your forehead. He loves windowsills and watching birds. He also enjoys toys, catnip, and lasers.He is an absolute hog with wet food. Once he settled in here, he lost a lot of weight. His primary food is grain-free dry food, but occasionally we’ll treat him with a small portion of wet cat food. If the bottom of his bowl is visible, he will become quite a vocal nag.There are too many cats around to keep him. He has been spending almost the entire day away from home in order to avoid the others. Considering how much he craves affection and sleeping in his basket with a cozy blanket, it seems unfair to keep him in this situation any longer.(He doesn’t harm livestock or chickens.)